Keith has lived in Milton Keynes since 1977 with a break to Manchester for a few years. He has been involved with many aspects of the community. Since 2002 he has been a governor, initially at Olney Middle School and then soon after Ousedale School where he is still Vice-Chair of the Governing Body and Chair of the Finance and Premises Committee. Having enjoyed sport all his life, Keith has been involved with Olney RFC, captaining various teams and has been the Honorary Secretary and with others secured Lottery Funding for the floodlights. He turned gamekeeper when he joined the Referees’ Society enjoying many seasons as a referee and latterly as an assessor. Having played tennis since eleven years old, he remains an active tennis player despite having had a total knee replacement in 2010. He was a member of Emberton Parish Council for a couple of years and has been heavily involved in many events run in the village. Since being elected in 2011 Keith has enjoyed his work as a Ward Councillor and particularly his vice-chairmanship of the Development Control Committee. It has given him a new interest outside of work and a chance to help others achieve in lots of different ways. In 2013 he was honoured when Andrew Geary invited him to join his Cabinet; this has enhanced his understanding of how local government works and the continuing challenges that MK Council faces. His current Portfolio includes Transport and he has been working hard to gain the much deeper understanding of what many of us take for granted. 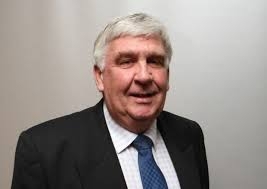