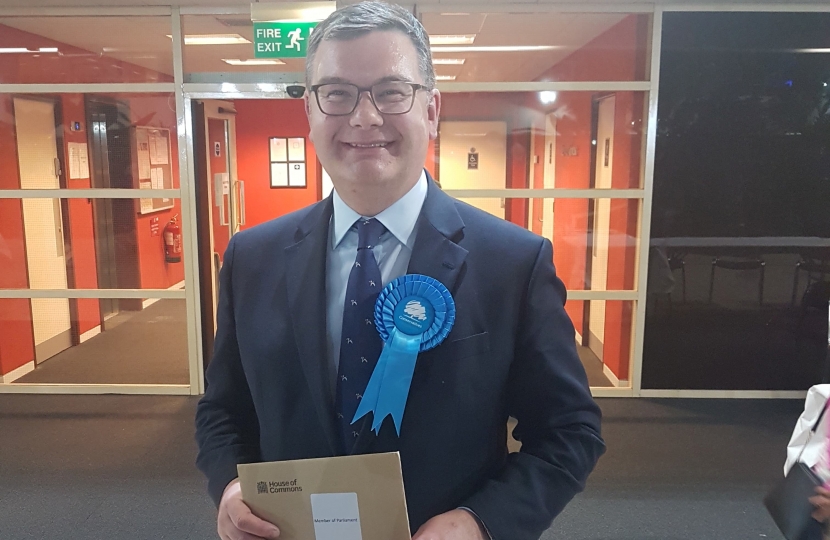 Since 1993, Iain has lived in Milton Keynes where he moved to for his first job as a trainee accountant with Coopers & Lybrand in Central Milton Keynes. He was elected to represent the constituency of Milton Keynes South at the May 2010 general election, and lives in the Tattenhoe area in his constituency.

A combination of strong intellect, extensive political experience, an absolute devotion to public service, and a courteous and benevolent personality make Iain one of the most liked and respected politicians. We hope that Iain can continue his rise to the topmost level of British politics.

Iain was born in Glasgow in 1972 and has a modest background. His father was an electrician before moving into computer programming and management. His mother worked for Marks & Spencer. After graduating from Exeter University, he worked for Coopers & Lybrand as a trainee chartered accountant. He has also worked as an executive head hunter with OdgersBerndston, and has been an adviser to many senior Government Ministers. However, he decided not to pursue a potentially lucrative business career and devoted his time to public service.

After fighting one of the safest Labour seats in Glasgow, Iain was selected to fight his Milton Keynes seat for the 2001 election at the age of 27. At the time, the seat was held by Labour’s Dr Phyllis Starkey with a majority of over 10,000. Iain showed enormous dedication and perseverance by fighting Dr Starkey for 3 successive elections; reducing her majority substantially in the first two elections before defeating her in 2010.

Iain devotes all of his time and energy to public duty and does not seek additional work in the private sector. He was once ranked by a national newspaper as one of Parliament’s hardest working politicians. Iain's successful political career includes previous jobs as Parliamentary Private Secretary to the Secretary of State for Transport in 2013 and Secretary of State for International Trade in 2017.