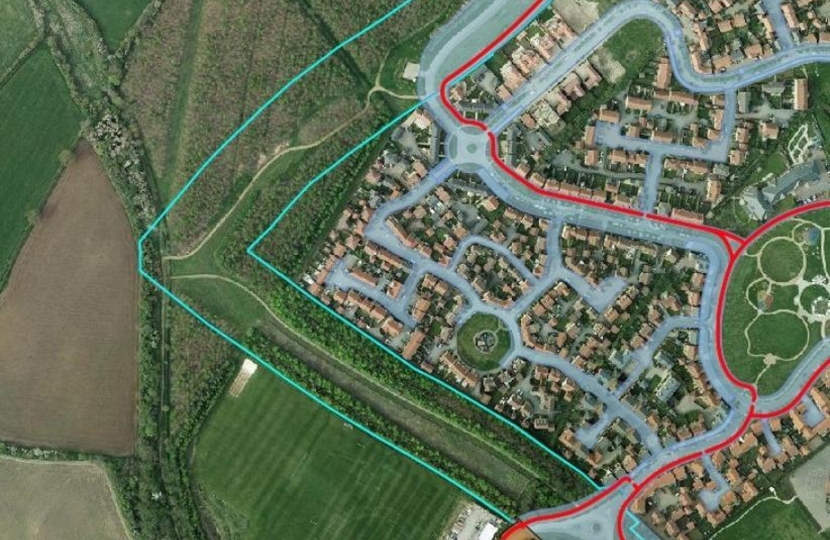 The controversial design of the V2 grid road extension has hit a stumbling block with a majority of MK’s Planning Committee refusing to grant planning permission for the design and layout of the extension.

The proposed extension of the V2 grid road has already received outline planning permission and is set to connect the south end of Tattenhoe Street (V2) and Morland Drive.

The proposed design would have meant schools such as Hazeley Academy would have had a grid road outside the school gate without an underpass, a factor that has heightened worries over pupil safety.

The design was to put in an at-grade crossing with traffic lights which causes real safety concerns for parents. Not only does it go against the principle of the grid roads but at-grade crossings are generally considered more dangerous than underpasses.

Councillor Amanda Marlow, a Loughton and Shenley Ward Councillor, called-in the application over highway concerns and the controversial nature of the development that had been expressed to her by local residents.

Cllr Marlow attended the meeting and spoke in objection to the plans, saying:

“I feel very strongly about this matter, and as you will see, so do the local community.

The current design could potentially put at risk the lives of young people and other residents. Fast, flowing grid roads are something that makes MK unique, but they are not meant to have road crossings. It's more dangerous and defeats the purpose."

The DCC voted against the proposal with 6 votes against, 1 abstention and 4 in support of the application.

The developer will now need to decide whether to appeal against the decision or apply again with updated plans.