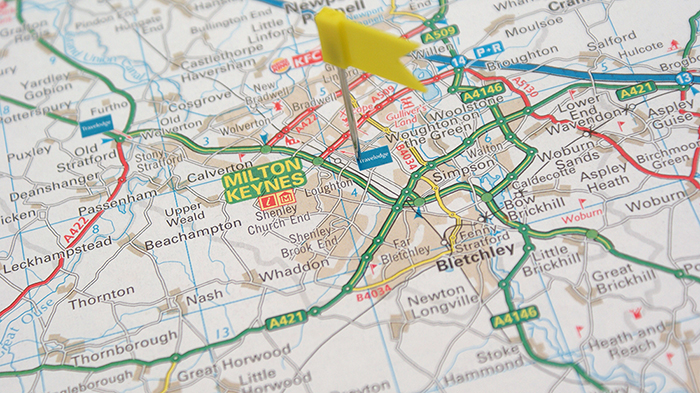 The local Conservative Party has promised to slow housing growth should they take control of Milton Keynes Council in upcoming local elections in May.

This is in stark contrast to the Labour Council's controversial plan to double the size of Milton Keynes in just 30 years. Which will require building 100,000 new homes.

With MK only designed to house a population of 250,000 there are widely held concerns that the city's infrastructure would not be able to cope.

Labour were criticised back in November 2018 for trying to stitch a deal together with the Government behind closed doors. They were about to sign MK up to having to deliver 100,000 new homes but local MPs Mark Lancaster and Iain Stewart stepped in to block it.

The deal remains on the table and Labour are trying to get their ambition over the line. The Conservative Council Group have pledged to do all they can to achieve a more realistic and achievable number that protects the grid roads, urban green spaces and rural communities.

"MK has always been a pro growth place. In 50 years we have gone from fields to one of the fastest growing economies in the UK. But, our infrastructure is feeling the strain already. Journeys to work are that little bit longer, it is difficult to get a GP appointment and our hospital is simply not big enough.

"Labour's idea of doubling the size of MK in just 30 years and without any public scrutiny is reckless and will destroy all we love about Milton Keynes.

"Plan MK has just been passed, signing us up to 30,000 new homes. If we win this May we will do all we can to bring that number down and slow growth beyond it. And anything we do plan will need infrastructure or there will be no development.

NEARLY 4,000 CANCELLED OPERATIONS IN MK UNDER A CORBYN-LABOUR GOVERNMENT

Bombshell report reveals that 3,811 people would have their operations cancelled in Milton Keynes under a Corbyn government