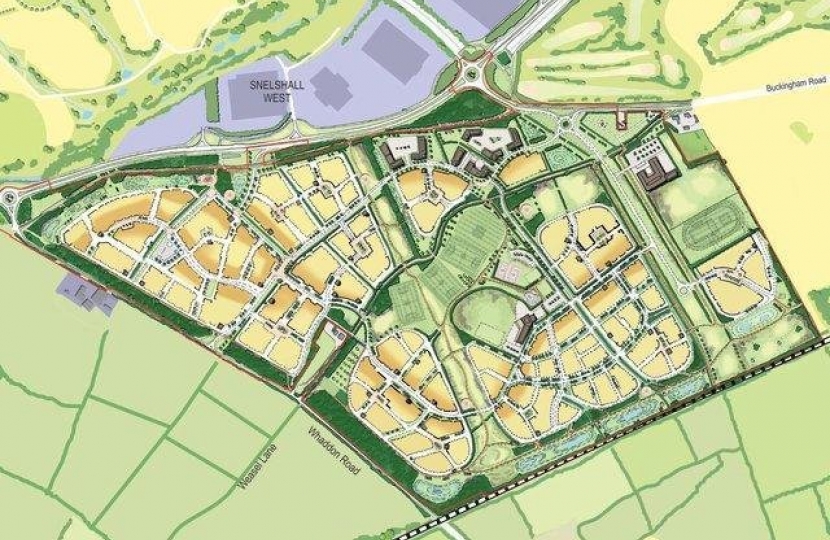 Local Conservative Councillors attended the planning committee and argued in opposition to the plans. Cllr Allan Rankine (Bletchley Park) called it a “parasitic development” where “Milton Keynes residents will bear most of the pain whilst Bucks will receive all of the council tax gain”. Cllr Rankine raised concerns about the impact that additional traffic will have on residents and that not enough had been done to mitigate against these concerns.

Cllr James Lancaster (Tattenhoe) said residents feel like they’re “part of an experiment” and reiterated Cllr Rankine’s point about an increase in traffic congestion and loss of biodiversity.

After the application was approved, Cllr Allan Rankine, added:

“Unfortunately, despite the strong arguments presented by objectors, Committee Members agreed to go along with the officer reports and approve the application.
The suggested mitigation for Buckingham Road congestion is to reduce the redway width on Sherwood drive roundabout to create more road space. It is an incredibly bad idea that won’t work. They need to come up with something better”