Conservatives are strongly opposed to this proposal and have been battling against it for several weeks.

We also oppose proposals to make extra rolls of pink sacks available only through on-line or telephone ordering and to closing the Newport Pagnell tip.

On top of these concerns we think the revenues are overstated when you look at the experience of other councils that have introduced waste charging.

Conservatives "called in" Labour's decision to implement the new waste strategy, stating it was unsound. The Liberal Democrats belatedly supported our call in. Initially the Liberal Democrats, it appears, did not wish to openly oppose their pseudo coalition partners, the Labour administration, but when wide opposition from local residents became clear, they decided to join us. 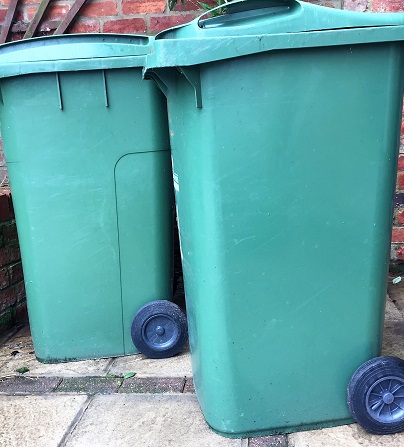 A special council meeting to debate the recommendations arising from the "call in" happened on Wednesday 3 May. Many Conservative Councillors spoke passionately about their opposition to the proposals. Labour had little to say; only one member of Labour's Cabinet spoke. He confirmed that the Newport Pagnell tip will not close but was silent on the green bin charge and pink sack supplies, merely stating that Labour were listening to the concerns raised.

I issued the following quote to the press after the council meeting:

"At last night's special meeting we were successful in gaining support from the whole Council to rethink the unworkable waste strategy. Council made recommendations to the Cabinet to retain the current supply of pink sacks and to ensure that the Newport Pagnell tip remains open.

We also made it very clear if the proposed charge for green recycling bins is not reversed and resident's concerns are not listened to we will put forward a vote of no confidence in the Labour leader and his administration."

The Conservative Group have not done this lightly.  There are many examples where our view is that the Labour administration in MK have not made good decisions.

It will be interesting to see what the Lib Dems do if Labour still  go ahead with the charge on green bins. Will they continue to support their Labour friends and maintain their "written agreement" or does this signal the end of their pseudo coalition?  Only time will tell.