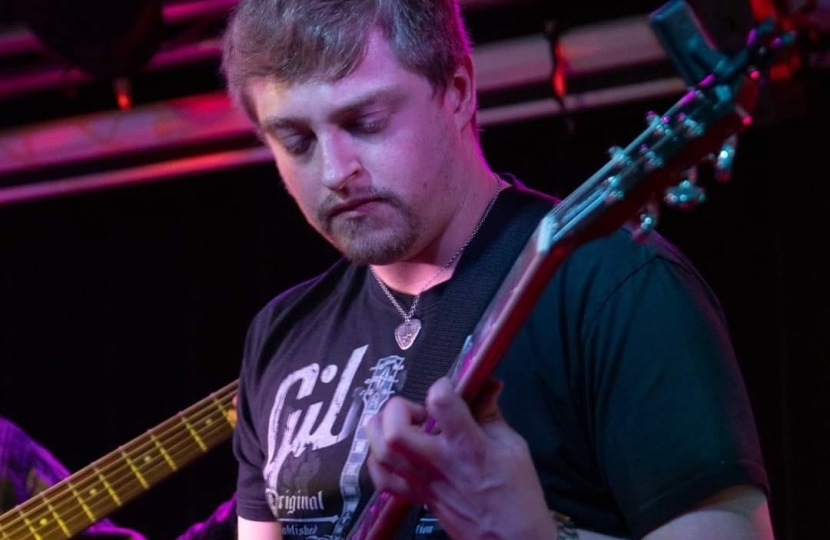 Newport Pagnell High Street is a central facet of our local community. I have some very fond childhood memories of walking through that High Street. I remember buying pick and mix from the Woolworths at the top of the High Street and borrowing videos from Blockbuster at the other end as a little boy. I also remember other children buying small nets at shops like Claytons to try and catch fish at the Ouse bank. As I grew older the High Street took a new meaning. As an avid guitarist I bought my capos, my sliders, guitar strings and plectrums from Hobgoblins music shop. Equally, the pubs on the High Street became my escape most weekends. It plays host to the annual carnival procession, the Christmas lights celebrations and a regular farmers market. In essence, the High Street is one of the many things that give Newport Pagnell its character. Ultimately, it is the people of Newport Pagnell that make it and it is something to be treasured, protected and nurtured.

Unfortunately, High Streets like Newport Pagnell are under threat up and down the country. Increasing rents and business rates are a key problem as well as the proliferation of competitors offering items that are readily available at cheaper prices. This includes online competitors as well as that of supermarkets. The closure of the Turney Bakery in January 2020 was a sign that this rings true of Newport Pagnell High Street. Yet our community loves its High Street and rises to protect it when it seems under threat. When I was in Ousedale School, I remember a local pressure group formed (called Tesno) to rise against Tesco building a new supermarket on the site of the old Aston Martin warehouses. We love our High Street and we want it to thrive.

With the advent of COVID-19 the threat is more real than before. Social distancing measures required by our local shops mean that not as many people will be allowed inside them as before dramatically decreasing footfall. They have also had to invest in measures to protect their customers and their staff. When I walked into the local emporium the other day, perspex splatter guards were in place at the till, and anti-bacterial gel was provided as soon as you walk in to the shop.

The news that Milton Keynes council wanted to close the through road of the High Street with a matter of 2 days’ notice prior to the reopening of non-essential retails units was a bomb shell to our community. From a health and safety perspective it seemed a good idea. The path ways on Newport Pagnell High Street are not as large as the likes of Bletchley High Street. However, this was also fundamentally flawed and was forced upon the High Street by MK Council without any consultation with local businesses, nor ward councillors. Although it was clear that the council had consulted the Liberal Democrat councillors in Newport Pagnell South ward as it was a Lib Dem councillor that broke the news on Facebook.

The road closure would disincentivize people from driving to our High Street. While the foot paths were narrow, the amount of people who walked down the High Street and the traffic going through it did not warrant a full closure. Local businesses who usually receive deliveries during working hours were worried about how they would be able to obtain them, particularly given the 7pm to 9am restriction placed on delivery vehicles. The diversion was also poorly devised. The roads that the diversions led to were narrow roads. One of the diversions, in particular, guided road users under a low bridge. While there were signs in place to suggest that the diversions were not suitable for HGV lorries, neither was there enough space to turn a HGV lorry around. The signage also gave the impression that the High Street was fully closed for business. In essence, the measures put in place were over the top and the execution was poor.

After a backlash from residents, I discussed the matter at length with Newport Pagnell North and Olney Conservative councillors. I was party to their attempt to force a rethink from the head of highways at Milton Keynes council before measures were put in place. I walked down the High Street on both Monday and Tuesday and noticed a distinct lack of people. The only queues were for shops that never closed, for example Co-op and Superdrug. Most shops closed early due to the lack of footfall. At the full Council meeting, I asked a question to make the views of local residents heard regarding this closure. The response from Councillor Emily Darlington was in the same vein as what had already been said by the Council. The next day, Councillor Emily Darlington announced that the measures were to be reversed following consultation with residents and businesses. Thus the reversal of these measures will help us in the bid to save our High Street.