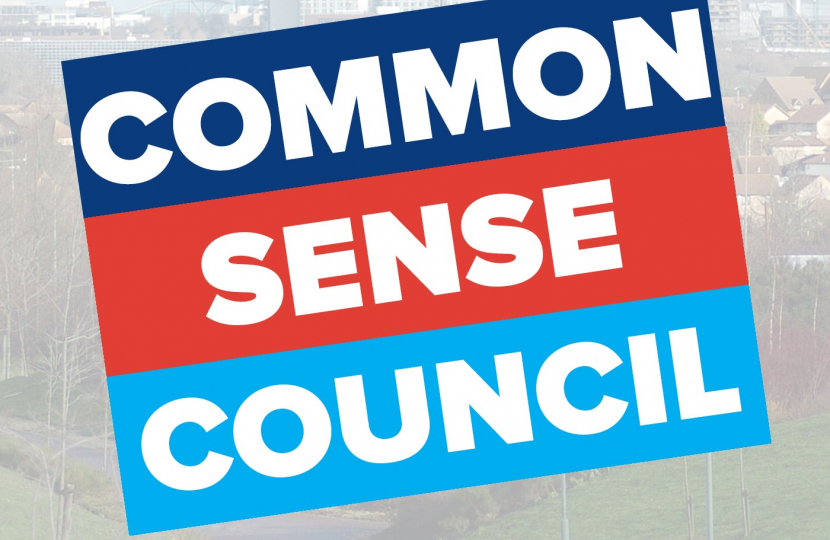 The Milton Keynes Conservatives have launched their local plan for May’s local elections vowing to deliver a Common-Sense Council.

Central to the Conservatives’ plan is to save weekly recycling collections from being cut following a controversial decision made by the Labour and Lib Dems to scrap them from 2023, in favour of fortnightly collections and to move from 2 types of bags to 4 different full sized wheelie bins.

The local Conservatives have also pledge to fix up to 10,000 potholes a year, invest in showing MK some tender loving care through tackling litter and fly-tipping, and delivering more CCTV to reduce crime.

An ambitious pavement repair and resurfacing programme is also on the cards should the Conservatives take control of MK Council in May. As well as a pest control team to tackle MK’s plague of rats.

And as part of their plans to drive down knife crime in the borough, funding is set aside for mobile CCTV units for each ward as well as a promise to ensure all fixed CCTV are operational following the news that Labour and the Lib Dems have let the vast majority of MK’s CCTV cameras fall out of action.

The Conservatives say that MK is at a turning point and that families cannot afford another year of Labour and Lib Dem control after feeling the brunt of the highest council tax rise in the last four years which means the average resident is paying £500 more a year than they were under the last Conservative Council in 2014.

The local plan also focuses on delivering an ambitious plan for MK’s future that includes support for small businesses, free parking at CMK and putting a halt to wasting taxpayers’ money on vanity projects such as the Council’s £12 million office refurbishment.

“Delivering a Common-Sense Council is our clear message at this election. The Labour and Lib Dem coalition are distracted and more interested in PR than delivering good services and lower council taxes.

“Our manifesto is a positive and ambitious approach for Milton Keynes that will restore services, keep our communities safe and show MK some serious TLC. It will also end the Council’s painful inability to get the basics right.

“We know that residents have had enough of the Labour and Lib Dem coalition. They know that after 8 years of council tax increases, seeing a reduction in their services is not value for money.

We’re proud to present a dedicated local team, standing on a local plan that will deliver a brighter future for MK.”