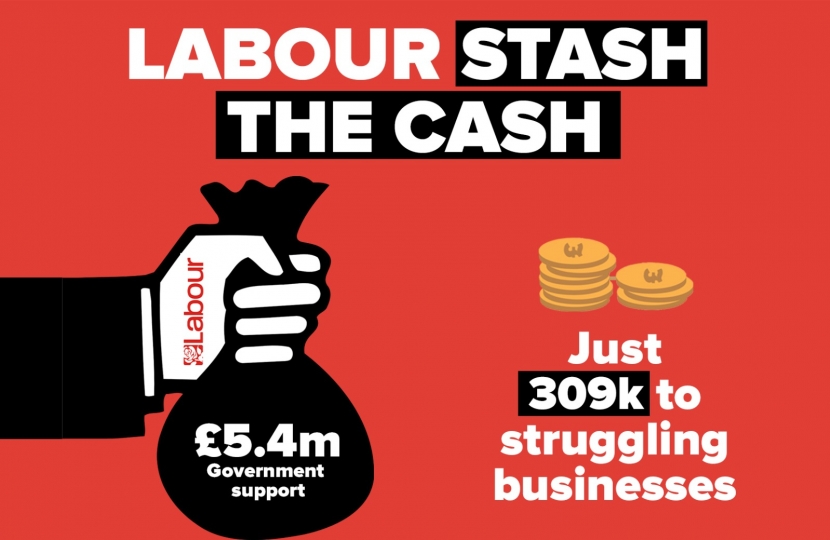 Labour-led MK Council has been told to “act now” to distribute £5.4million of pandemic business grant funding awarded to the Council in November, after it emerged just 7.2% has been distributed to struggling MK businesses.

MK Council received £5.4m in November via the Additional Restrictions Grant (ARG), a pot of money to aid local businesses struggling due to the pandemic.

However, as of this week only £309,000 has been distributed – meaning £5.1m of pandemic relief for businesses is still stashed away in MK Council coffers.

That is despite businesses being forced to shut every day, and jobs being lost.

Leader of the Conservative Opposition Group, Cllr Alex Walker, described the situation as “outrageous”, he said:

“Labour are stashing the cash at a time when local jobs are at immediate risk and small businesses are closing every day.

“This just shows exactly what we feared. The Labour Council has absolutely no idea what businesses need, they are not being proactive and are failing to use the support it has available.

“The Government are regularly topping this money up; the Council need to use it now! Save businesses and save jobs.”

MK’s two MPs are also pressing the case for the Council to spend the money the government has provided to support local jobs and business.

“I’ve had numerous businesses get in contact sharing their concerns that they’ve been unable to access this pot of funding the Government has provided to the Labour-led council.

“Iain and I have written to the Council asking them to look at reassessing the criteria for benefitting from this fund which is supposed to be helping Milton Keynes’ small and medium sized businesses through the current restrictions.”

“This Conservative Government allocated over £5.4 million to the Labour-led MK Council to help businesses weather the pandemic through Additional Restrictions Grants. It is really disappointing that only £309,000 has been handed out.

“I have had many constituents write in asking for financial support after being turned away from MK Council. Therefore, Ben Everitt MP and I have written to the MK Council to ask them to reconsider their criteria for the ARG’s in order to help more people who need it.

“The many sized businesses we have in Milton Keynes are a source of income and livelihoods for residents so it is essential that they can get access to the financial support being offered to survive this pandemic.”

For our Campaign Spotlight on the Hartlepool By-Election, meet Jill Mortimer, the Conservative candidate for Member of Parliament in Hartlepool.