We know that it has been a busy couple of years heading to the polls but we need this election now to secure the strong and stable leadership the country needs to see us through Brexit and beyond.

We have the right plan for negotiating with Europe. The PM will negotiate a deep and special partnership between a strong and successful European Union and a United Kingdom that is free to chart its own way in the world.

Our plan is opposed by the other political parties. The country is coming together, but Westminster is still divided. Labour have threatened to vote against the final agreement we reach with the European Union. The Liberal Democrats have said they want to “grind” the business of government “to a standstill”. The Scottish National Party say they will vote against the legislation that formally repeals the United Kingdom’s membership of the European Union.

That is why the choice in this election is clear and simple, it is between the strong and stable leadership with Theresa May and the Conservatives, or a weak and unstable coalition led by Jeremy Corbyn. 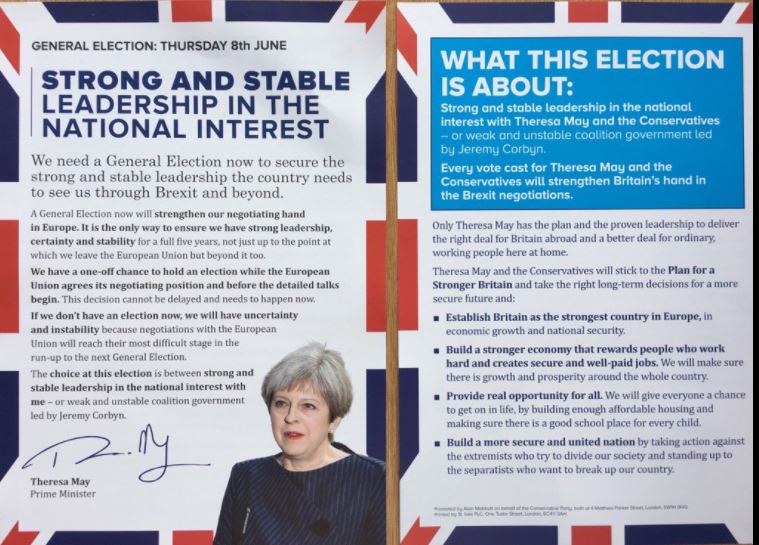 How the UK will forge its future relationships with countries around the world will have a real impact on residents here in Milton Keynes.

Milton Keynes’ economy is the fastest growing outside of London, we top the employment league tables and every week new businesses are starting up. Thanks to hard work, innovation and determination, Milton Keynes has become a real success story.

There is more to come. We worked with the MK Futures 2050 Commission to help set out a blueprint for the future which includes the possibility of a new further education institution, a renaissance of CMK and sustainable transport such as the driverless electric pods and more electric buses. We successfully lobbied the National Infrastructure Commission and the Government to secure investment for a new East-West Super Highway and the East-West Rail project to link Milton Keynes with the academic and scientific hubs of Oxford and Cambridge. All of this will help unlock future investment and continue to make MK a great place to live and work.

To secure MK’s future we now need, more than ever, a strong and stable Government that acts in the national interest. Since 2010 we have built a stronger economy, with the deficit nearly two thirds down, a tax cut for 30 million people, 4 million people no longer paying income tax, record levels of employment and an additional £1,250 a year for pensioners.