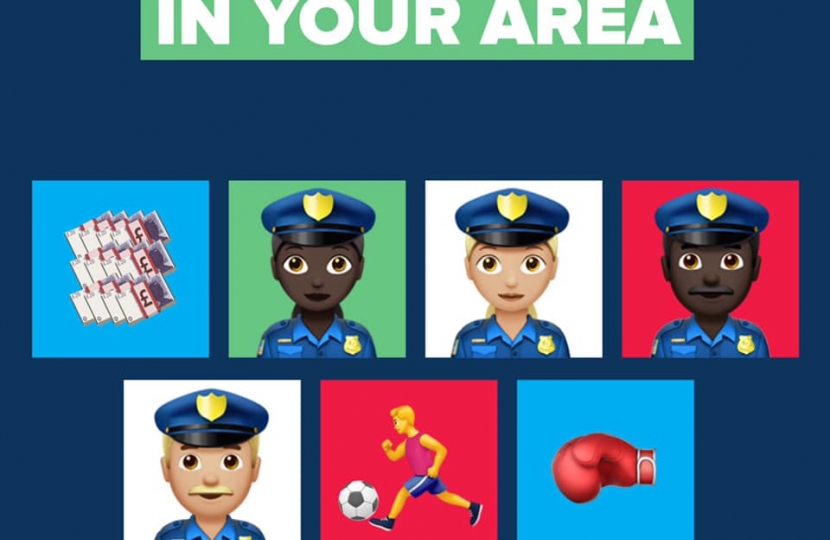 The Conservatives have vowed to engage in an assault on the rising levels of anti-social behaviour and crime in Milton Keynes if they take control of MK Council on May 7th. These measures include funding for a new Anti-Social Behaviour Taskforce, funding for at least 4 new PCSOs, launching a new ASB Prevention Grant and expanding MK's mobile CCTV units.

The Anti-Social Behaviour Taskforce would be established in partnership with Thames Valley Police’s Police and Crime Commissioner. The ASB Taskforce would recruit at least six new police community support officers (PCSOs) that would have a borough-wide role in reducing anti-social behaviour.

An additional six PCSOs would provide a more visible patrolling presence and an effective crime deterrent across MK communities. They also possess a range of powers aimed at tackling ASB in communities such as issuing fixed penalty notices for ASB, seizure of vehicles, alcohol and drugs and they possess powers to stop and search in authorised areas.

The Conservatives are also seeking funding for the ASB Prevention Grant. This £50,000 would be made available to grassroots organisations. Research has shown that social inclusion such as sports and recreation can “break down barriers between groups of people” and provide “positive role models for at risk young people”.

The grant would form the second part of the Conservatives two-pronged campaign to decrease the rising tide of ASB in Milton Keynes.

“Milton Keynes is currently in the midst of an anti-social behaviour crisis and residents are deeply concerned about safety in their streets.

This amendment sends a strong message that we are on the side of those concerned residents and we are ready to proactively combat such activity in MK with additional PCSOs but also tackle the root causes of anti-social behaviour through our ASB Prevention Grant aimed at getting kids off the streets.”

“All local agencies need to continue to work in partnership to support communities across MK. I welcome this initiative for additional support for the Community Safety Partnership (CSP).

The Police and Crime Commissioner already contribute more than £250,000 annually to the CSP in MK and tackling anti-social behaviour and reducing violence remains priorities for residents locally.”

Petition for free parking for all at Central Milton Keynes passes 1,000 signatures

A petition set up by the Milton Keynes Conservatives to achieve free parking in Central Milton Keynes for all shoppers has reached over 1,000 signatures. The campaign, backed by local MPs and councillors, aims to help attract shoppers back as MK’s economy begins to recover from lockdown.