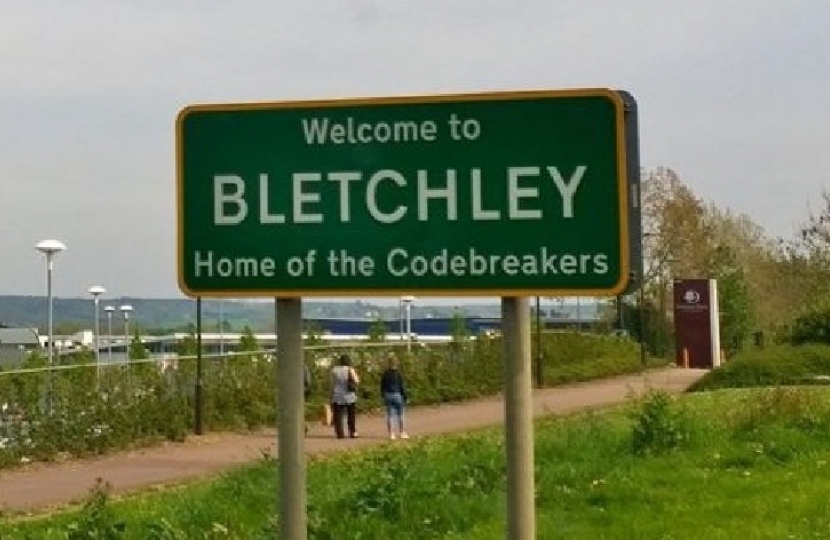 In March, Chancellor Rishi Sunak, announced that £23 million would be invested into regenerating the town as part of the government’s New Towns Deal aimed at levelling up the UK.

Now Bletchley Park Conservative Councillor Allan Rankine wants the Council to commit to boosting Central Bletchley area with a host of upgrades that aim to turn the station area into a welcoming experience that “increases pride in our community.”

Among the plans include a memorial garden to Bletchley Park hero, Alan Turing, coupled with a statue of the famous mathematician.

The reconstruction of the fire damaged pavilion building so that it can be turned into a café and visitor centre and a large plaza area to the west of Bletchley station to enable safe crossing for visitors and students.

“The new East – West Mainline, Bletchley Park expansion and the new Institute of Technology will lead to an exponential increase in the number of visitors to Bletchley and first impressions matter.

The current visitor experience around Bletchley Station is not attractive.

Residents have suggested an Alan Turing memorial garden on the derelict cricket pavilion site and I think that is a fabulous idea.

The motion is about Bletchley’s potential as a destination town and sustainable regeneration. It is crucial that not only do we back Bletchley, but we build Bletchley back better.”

The controversial design of the V2 grid road extension has hit a stumbling block with a majority of MK’s Planning Committee refusing to grant planning permission for the design and layout of the extension.