In an astonishing turn of events, local Conservatives have become the largest political party on Milton Keynes Council following the 3 May Local Election.

The Conservatives, gained Bletchley Park and Loughton & Shenley wards from Labour while gaining Campbell Park & Old Woughton from the Liberal Democrats. The party retained its council seats in Danesborough & Walton, Newport Pagnell North & Hanslope, and Olney. With 25,925 total votes and 38.6% share of the votes, the Conservatives are the largest party with 24 Councillors on Milton Keynes Council, with Labour coming a poor second with 21 Councillors after four years of being at the helm. 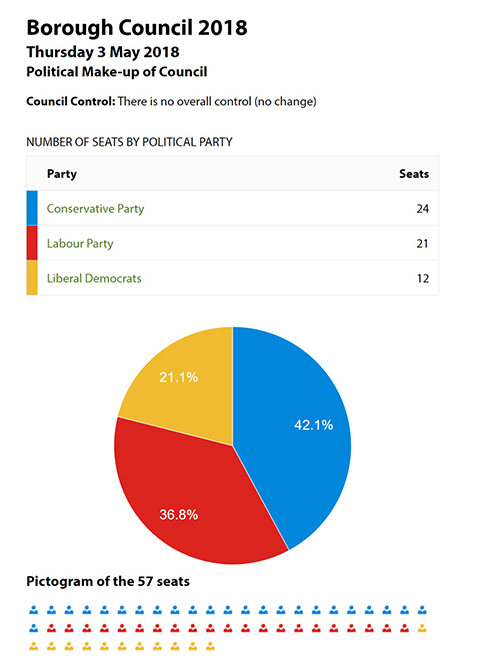 Despite being the largest party on the Council and while having won the largest share of votes, the Council remains under no overall control of any single political party. It remains to be seen which party will assume leadership of the council

Commenting on the election outcome, Conservative Council Group Leader, Cllr. Alex Walker said "I am delighted with the result. Residents backed our vision of change giving us three outstanding new Councillors and the most votes across MK. I couldn't be any prouder of the team. It was an outstanding campaign and we have our heads held high. We are ready and raring to tackle the big challenges MK faces such as on homelessness and the dire state of our roads."