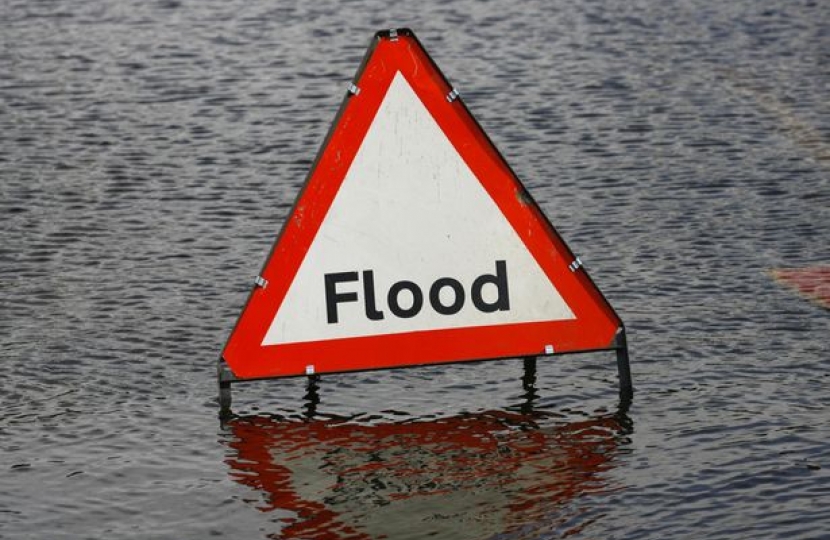 Homes and businesses across Milton Keynes will be better protected and more resilient in the future if the Labour-led Council and their Liberal Democrat partners support the MK Conservatives’ planned flood defence amendment to the MK Council draft budget.

The measures set out in the Conservatives’ plan to tackle MK’s flooding problems include £140,000 of investment into flood alleviation work on London Road, Loughton, £487,000 for improvements to flood defences in Lavendon and £17,400 to purchase 2,500 hydrogel sandbags to be stored in Newport Pagnell, Stony Stratford, Lavendon and Ravenstone.

The proposed investment comes amid another winter of discontent as persistent rainfall caused flooding to affect large swathes of MK over Christmas and into the new year.

Places such as Newport Pagnell and Stony Stratford felt the brunt of the flooding with flood warnings being issued when the River Ouse’s water levels rose and overwhelmed the local drainage infrastructure.

London Road in Loughton was also another area of concern due to aged drains meaning prolonged rainfall can often cause the road to flood to significant levels.

The Loughton and Shenley Conservative Councillor, Amanda Marlow, put forward this amendment to address concerned residents who have been dealing with significant flood-problems on this road.

“Flooding across Milton Keynes and for my residents, on London Road in Loughton, is a serious problem for local residents so I hope that the Labour and Liberal Democrat groups will vote for this amendment.

I’ve been in contact with a number of residents who have raised this issue with me, and it is vitally important that we invest and modernise our flood defence infrastructure to safeguard our residents from the threat of flooding in the future.”

“The devastating impact of this winter’s flooding are an important reminder of the need to invest, modernise and accelerate action to reduce the impact of flooding on our communities.

Our amendments will make MK more resilient to future flooding and allow for a better protected and prepared city.”