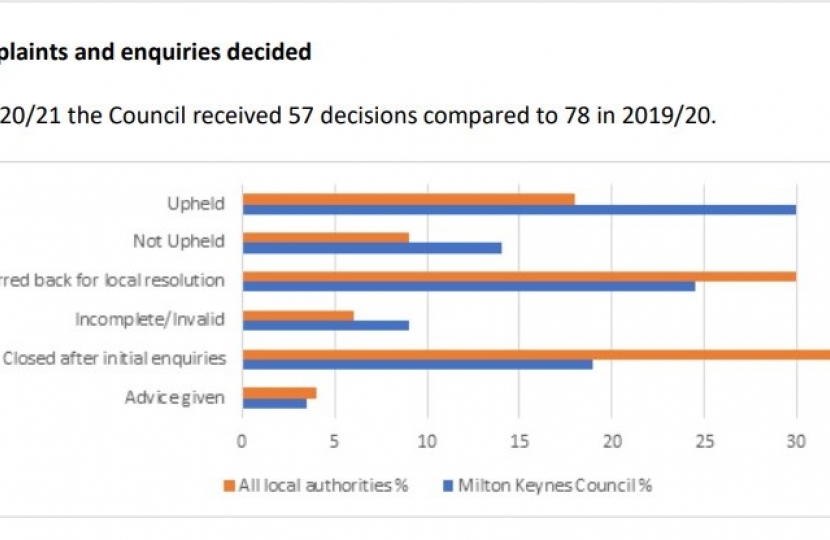 Complaints made against MK Council are being upheld at a rate of 30% compared to a national average of just over 15%.

MK Council’s Chief Internal Auditor confirmed that the numbers were double the national average relative to other local authorities in a meeting of MK Council’s Audit Committee on 23 September.

Cllr Allan Rankine (Con, Bletchley Park) said that complaints around housing and adult social care services were “a concern to me” and asked for assurance that problems were being addressed with services “way above the national average in terms of complaints.”

“These figures show a clear dissatisfaction with the services being provided by the Labour and Liberal Democrat controlled MK Council.

One complaint upheld is one complaint too many and yet MK Council is double the national average – this is not good enough.

We will be working hard on behalf of residents to hold the Council’s feet to the fire to ensure residents get the services they expect.”

These complaints made against the Council are some of the most serious. They are complaints about services which have been through the entire Council process and ended up at the Local Government Ombudsman for a resolution.