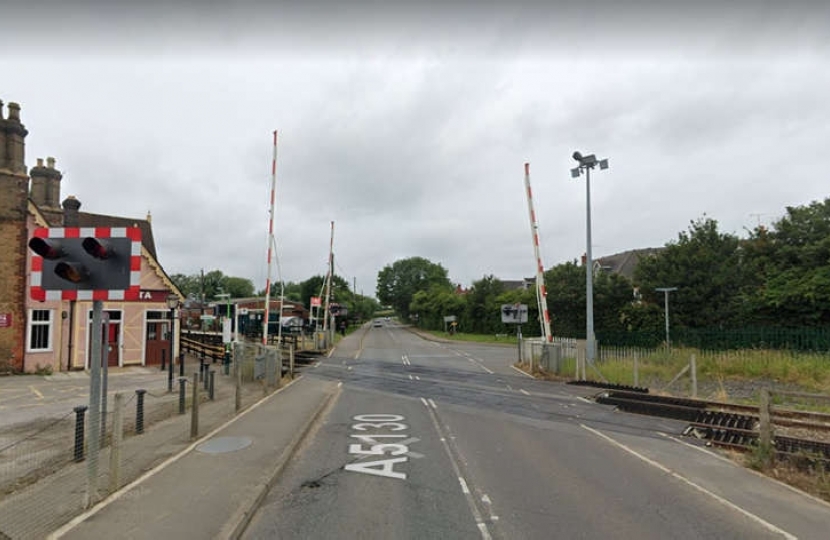 Working with MK Council Highways officers, local Woburn Sands Councillor David Hopkins reports that he has been in negotiation with Anglian Water regarding the proposed road closures on Newport Road and Cranfield Road and that Anglian Water now propose to do the work in two sections.

The Cranfield Road closure will happen first, starting at February half term and running for four weeks. During the period of that work, Newport Road would remain open but obviously Cranfield Road would be closed for the duration of that part of the project. MK Council Highways would also take the opportunity of that closure to construct the new footpath on the south side of Cranfield Road.

The Newport Road closure would now be from the end of July and would run for 6 weeks.

You will note that both closures correspond (to a great extent) with the school holidays in an attempt to minimise the disruption.

Emergency Services access would be guaranteed and (safe) pedestrian and cycle access also enabled, although cyclists would have to dismount to follow the route prepared for that access. Residents living within the construction zones would have guaranteed access to and from their properties.

It would have assisted the situation if Network Rail had agreed to suspended all services on the Marston Vale line for the period of closure as it is largely this aspect that means the full road closure has to be put in place. Network Rail are adamant they would not budge. That is unfortunate as the vast majority of the rail services are (and have been for the past 17 months or more) bus replacement services so closing the line for this work would have seemed easily achieved and sensible. Given we have reached (at least in principal) agreement that closures would be during school/college holiday periods then students would have been impacted far less severely.  Both myself and MKC Highways will continue to pursue that point with Network Rail!

Remember, Anglian Water have highways closure powers that trump those of MK Council so the council cannot ‘block’ this work. Both myself, the Town Council and Wavendon Parish Councillors (working with MK Council Highways Officers) will continue to work with Anglian water and Network Rail to minimise the disruption this major work programme will cause to our communities.