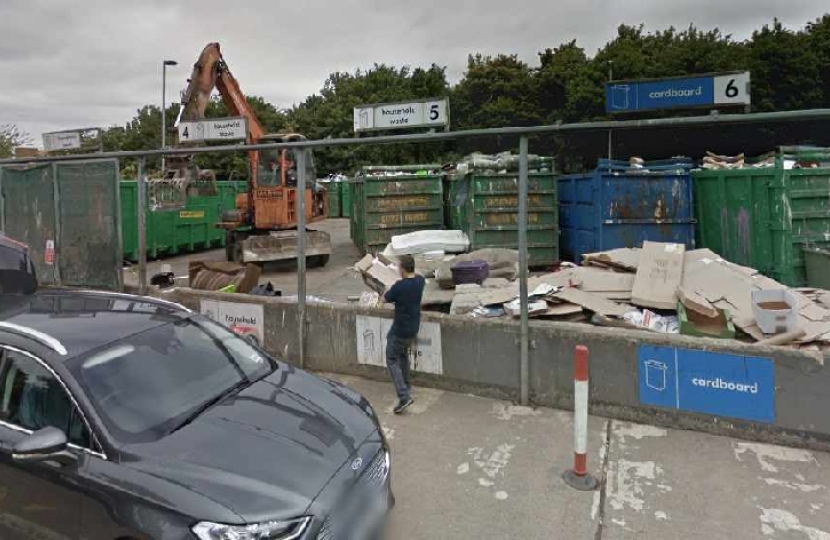 Tip booking systems across the country are being scrapped as neighbouring council Central Bedfordshire becomes the latest authority to throw the tip booking system in the bin.

Concerns over a failure to use the full capacity of their tips eventually led Central Bedfordshire to scrap the booking system at the Sustainable Communities Overview and Scrutiny Committee on 9 September.

This follows a decision made by Lincoln Council to abandon their tip-booking system due to the cost of upkeep. Taxpayers were facing a bill of £126,000 for just 14 months of the system operating. Fife Council have also followed suit following an increase in fly-tipping.

Now the local MK Conservatives are calling on the Labour-Liberal Democrat coalition in control of MK Council to scrap MK’s tip booking system. They want people to be allowed to drive into household waste sites without needing to book an appointment first.

Since the tip-booking system was introduced, there have been a record number of fly-tipping incidents. Figures show there was 7161 reports of fly-tipping with an average of nearly 20 reports per day since the introduction of the system in June 2020.

“Tip booking systems up and down the country are being abandoned with challenges over mounting costs and increased fly-tipping.

If Labour and the Liberal Democrats are serious about tackling fly-tipping in MK, then it is time they follow suite and scrap the tip booking system.

It has never been an excuse to fly-tip but with over 7000 reports since the system’s introduction, it has definitely contributed to record-levels in MK and should be a top priority for reducing fly-tipping.”